Rock, type of music originating in the United States in the mid-1950s and increasingly popular throughout much of the world.

Essentially hybrid in origin, rock music includes elements of several black and white American music styles: black guitar-accompanied blues; black rhythm and blues, noted for saxophone solos; black and white gospel music; white country and western music; and the songs of white popular crooners and harmony groups. Emerging in 1954–55, rock music was initially referred to as “rock ‘n’ roll.” After 1964 it was simply called “rock music.” The change in terminology indicates both a continuity with and a break from the earlier period; rock music was no longer just for dancing. After 1964 the music was influenced by British groups such as the Beatles.

The first rock ‘n’ roll record to achieve national popularity was “Rock Around the Clock” made by Bill Haley and the Comets in 1955. Haley succeeded in creating a music that appealed to youth because of its exciting back beat, its urgent call to dance, and the action of its lyrics. The melody was clearly laid down by electric guitar; the lyrics were earthy and simple. Haley abruptly ended the ascendancy of the bland and sentimental ballads popular in the 1940s and early 50s. He also succeeded in translating black rhythm and blues into a form that adolescent white audiences could understand.

Blues, and rhythm and blues, were too adult, sexual, angry, and solely identified with black culture to be acceptable either emotionally or commercially without adaptation. Major record companies had for years been producing records for black audiences called “race records.” The emergence of rock ‘n’ roll signified a slight weakening in resistance to black culture. The unadulterated black rock ‘n’ roll that Haley transformed can be heard in the sexually adult work of such artists as Hank Ballard and the Midnighters ( “Work with Me, Annie” ) or “Big” Joe Turner ( “Shake, Rattle, and Roll” ), the latter song adapted by Haley for white audiences and the former transformed into “Dance with Me, Henry.”

The Late 1950s and Early 60s—Elvis, Motown, and the British Invasion

The greatest exponent of rock ‘n’ roll from 1956 to 1963 was Elvis Presley, a truck driver and aspiring singer from Tupelo, Miss., whose plaintive, wailing, dynamic delivery and uninhibited sexuality appealed directly to young audiences while horrifying older people. As rock ‘n’ roll became a financial success, record companies that had considered it a fad began to search for new singers; they generally succeeded in commercializing the music, robbing it of much of its gutsy, rebellious quality. In the late 1950s, for example, there was a fad for sentimentally morbid songs such as “Laura” and “Teen Angel.”

At the turn of the decade Detroit became an important center for black singers, and a certain type of sound known as “Motown” [motor town], named for Motown Records, developed. The style is characterized by a lead singer singing an almost impressionistic melody story line to the accompaniment of elegant, tight, articulate harmonies of a backup group. Popular exponents of this style are the Temptations, Smokey Robinson and the Miracles, Diana Ross and the Supremes, and Gladys Knight and the Pips.

Rock music again surged to popularity in 1962 with the emergence of the Beatles, a group of four long-haired lads from Liverpool, England. They were initially acclaimed for their energy and appealing individual personalities rather than for any innovations in their music, which was derived from Berry and Presley. Their popularity inevitably produced other groups with unusual names. One of the most important of these was the Rolling Stones, whose music derived from the black blues tradition. These British bands instigated a return to the blues orientation of rock ‘n’ roll, albeit in ever louder and more electric reincarnations.

An important transformation of rock occurred in 1965 at the Newport Folk Festival when Bob Dylan, noted as a composer and writer of poetic folk songs and songs of social protest like “Blowin’ in the Wind,” appeared, playing electric guitar and backed by an electrified rock band. A synthesis of the folk revival and rock subsequently took place, with folk groups using rock arrangements and rock singers composing poetic lyrics for their songs (e.g., the Beatles’ “Norwegian Wood,” “Eleanor Rigby” ). The Byrds’ arrangement of Dylan’s “Mr. Tambourine Man” is a folk-rock classic. Performers like the Mamas and the Papas; Peter, Paul, and Mary; Donovan; and the Lovin Spoonful sang a kind of music designated “folk rock.”

Protest Songs and the Drug Culture

In the 1960s music mirrored the tensions of the Vietnam War era and played an important role in American culture. The verbal content of rock songs turned toward rebellion, social protest, sex, and, increasingly, drugs. Many groups, among them Jefferson Airplane and the Grateful Dead, tried to approximate in music the aural experience of psychedelic drugs, producing long, repetitive, occasionally exquisite songs with surreal lyrics (known as “acid rock” or “hard rock” ).

In 1967 the Beatles again made history with their album Sgt. Pepper’s Lonely Hearts Club Band, which, in addition to including drug-oriented songs, presented a body of interrelated pieces that constituted an organic whole. This is considered the first “concept album.” Subsequent products of this trend were rock musicals such as Hair (1968) and rock operas like Tommy, composed and sung by the Who.

By the late 1960s rock was widely regarded as an important musical form. Musicians such as Miles Davis and John McLaughlin and groups like Traffic or Blood, Sweat, and Tears tried to fuse rock and jazz, while such disparate artists as Leonard Bernstein and Frank Zappa attempted to connect rock and classical music. Groups featuring virtuoso guitarists such as Jimi Hendrix, Eric Clapton, Duane Allman, and Jimmy Page continued to perform variations on classic blues themes using the traditional instruments of rock ‘n’ roll.

From 1967 onward, the rock festival was regarded as the ideal context in which to hear rock music, and thousands of fans attended. The most successful and peaceful rock festival, Woodstock, was held near Bethel, N.Y., in Aug., 1969. Later, however, a similar event, featuring the Rolling Stones, was held at Altamont, Calif., and was marked by several violent incidents caught on film, including a murder. By 1970 several of rock’s top performers—Janis Joplin, Jim Morrison, and Jimi Hendrix—were dead from substance abuse. The dangerous, androgynous quality projected by the Rolling Stones was taken to extremes by performers such as Alice Cooper and David Bowie, who were perhaps as famous for their sexual ambiguity and outrageous behavior as for their music.

The Late 1970s to the Present—Punk Rock, the Music Video, and Middle-aged Rockers

A turning point in rock music occurred in the mid-1970s in the form of punk rock, which was a response to the stagnation of the genre and a nihilistic political statement. The music was filled with contempt for previous styles; its fast-tempoed songs, usually propelled by electric guitar, featured irreverant lyrics often obscured by the clangerous music. Evident in Great Britain, performed by such bands as the Sex Pistols and the Clash, punk also quickly became popular in the United States, played by the Ramones and other American groups. By the early 1980s, it had changed rock music considerably as Black Flag, the Dead Kennedys, and other groups adopted political protest themes as the core of their music.

During the 1980s music videos became a popular form of promotion and entertainment. In the late 1980s, however, several bands, including Nirvana and Pearl Jam, continued to follow the path of early punk rock by focusing on political themes and celebrating their own lack of technical virtuosity. Punk persisted into the 1990s with such bands as Green Day and the Offspring. Also in the 90s the continuing popularity of older bands, such as the Grateful Dead and the Rolling Stones, bore witness to the enduring appeal of this form among both the young and the increasingly middle-aged. The appeal of older and past rock bands was also evident in the fanfare surrounding the opening (1995) of the Rock and Roll Hall of Fame in Cleveland, Ohio. Meanwhile, a young audience made rap music, with its pounding rhythms and strong, sometimes shocking spoken lyrics, a popular phenomenon, and other young rockers, largely club-goers, made the dance-based, electronically sophisticated techno another, though less pervasive, popular form. 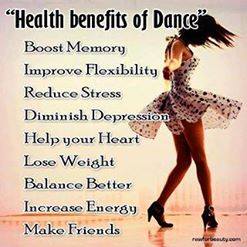